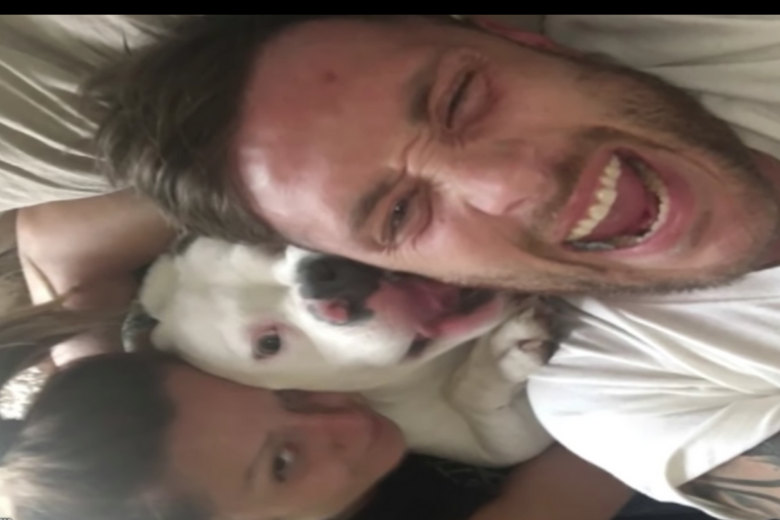 When the local Waterford Township Michigan Police Department showed up, Dan was shocked. They had received a tip that Dan had broken the law. People who had seen the photo on social media and television had issued a report. Waterford Township had a law banning pit bulls in that area since 1990. In fact, the police said Diggy was a pit bull.

Dan had to make a difficult choice. According to the law, pit bulls are too dangerous and aggressive. To be fair, when the police saw Diggy, they were surprised. The dog greeted them with extreme enthusiasm and joy. This was something they didn’t expect from a pitbull. All the same, Dan had to make a choice. He had to hand in Diggy or accept all possible consequences.

Help from the shelter

Kristina Rinaldi decided to assist Dan. The two went to the police station together to prove that the allegations were false. Dan was soon informed upon entry that he would be fined $500. Fortunately, Kristina managed to put a stop to this. Diggy wasn’t a pitbull at all. He was an American Bulldog. This was written in black and white in the adoption papers. Unfortunately, this was only the beginning of the battle.

Curious how this ends? Then continue reading on the next page.